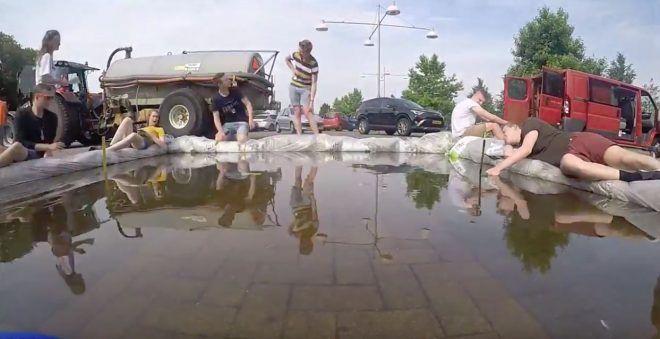 NBS (Nature Based Solutions) or SuDS (Sustainable urban Drainage Systems) as bioretention swales, rainwatergardens and permeable pavement were first introduced to the Netherlands around 1998. Swales are one type of SUDS device that has been used globally for well over two decades now to provide stormwater retention and conveyance to improve stormwater quality. In most countries, large scale implementation of SuDS is only recently conducted as in Sponge Cities, therefore, little is known on the long term hydraulic and environmental efficiency. The Netherlands is often considered to be the ‘worse case’ infiltration area (2/3 of the country is below sea level, with high groundwater tables and low permeable soil), enough reason for a Climatecafe research with young professionals. About 20 young professionals and academics mapped in 2 weeks the hydraulic and environmental performance of SuDS in Groningen and 15 other cities in The Netherlands.

The infiltration capacity is tested with the method of full scale testing where SuDS are artificially flooded to test the hydraulic performance. Also X-ray fluorescence (XRF) is used as an analysing method for finding metals and other components. In situ XRF measurements is a quick and cost-efficient analysis for heavy meatal mapping in the respect to contaminated soil.  In a Climatecafe fieldlab setting the results where discussed with several stakeholders from private and public organisations. 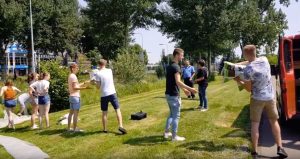 The research results are of great importance for all stakeholders in (inter)national cities that are involved in climate adaptation. SuDS is the most widely used method for storing stormwater and infiltrating in the Netherlands. However, there is still too little knowledge about the long-term functioning of the soil of these facilities. The results will be presented at several international seminars in the near future. Stay tuned. 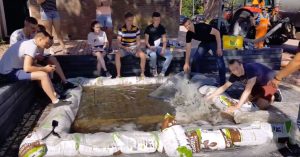 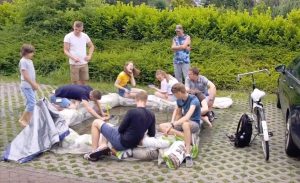